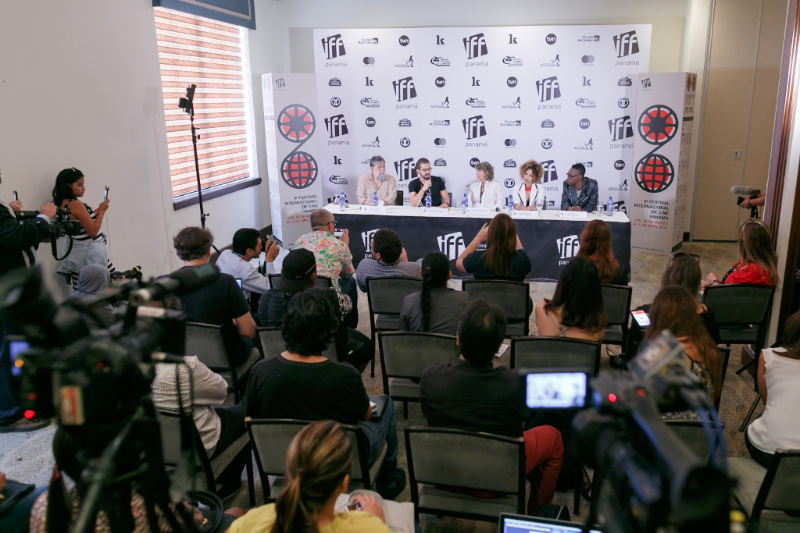 Pituka Ortega Heilbron, executive director of IFF Panama, kicked off the closing conference with a summary of accomplishments attained at the sixth edition of the International Film Festival of Panama.

Ortega Heilbron highlighted the strengthening of the educational program, which counted with Tribeca Film Institute´s José Rodríguez and IMCINE´s Yissel Ibarra, both of whom presented an initiative to aid regional documentarians of indigenous and/or afro-descendent origin. Also announced was the alliance with the Goethe-Institut Mexiko and Documentary Campus, which made Campus Latino a reality: for three days, 24 regional filmmakers went through a series of workshops, then three were selected to attend further training in October in Mexico. Finally, TVN announced the creation of a fund of $100,000.00 aimed at Panamanian filmmakers looking to do documentaries for television.

The executive director also disclosed the plans of Reaktor, a Puerto Rican post-production company, to give all four contestants of Primera Mirada a DCP copy of their respective film.

Ortega Heilbron followed, “If a country is not represented on the screen, it´s as if it didn't exist; our commitment is to support our own cinema, which is essential to the identity and the strengthening of Panama as a nation.” For Ortega Heilbron, it is crucial to establish distribution channels for independent cinema. In her words “It is vital that people have access to it.”

Also present at the press conference were Jean Jean and Judith Ramirez, lead actors of the Dominican picture Woodpeckers, as well as its director, José María Cabral.

In reference to his experience at IFF Panama, Jean Jean said “Cinema is capable of changing the world. The International Film Festival of Panama is becoming the go-to festival of the region and being a part of is of much importance.” He extended, “A country without images of itself is a country without memory.”

For his part, helmer José María Cabral urged filmmakers to band together and exchange ideas regarding state of the region's industry. “It is fundamental to attend festivals like IFF Panama to promote one´s film.” said Carbal. On the other hand, actress Judith Ramirez delivered an emotional speech about how the seventh art is key to leave behind prejudices and understand the realities of the region.

The last member of the panel, DICINE´s director Stephan Proaño, expressed his satisfaction with the ever-increasing growth that the festival presents each year and confirmed DICINE´s intention to continue to support the festival. “The sixth edition of IFF Panama has been an extremely creative and educational endeavor and DICINE´s support will continue for years to come.”